Site preparation and landscaping were completed early in September and on the 28 September 1997, Lieutenant General A.M. DeQuetteville, Commander of Canada's Air Command and Major Bert Campbell, President of VP International, officially unveiled the Memorial. The invitation was extended to all members of VP International worldwide to attend the dedication ceremonies.

"In building this monument we are together achieving another milestone in our mandate to foster a closer bond between the men and women who fly in the maritime air forces of our member nations."
H.E. Smale, Chairman, Steering Committee 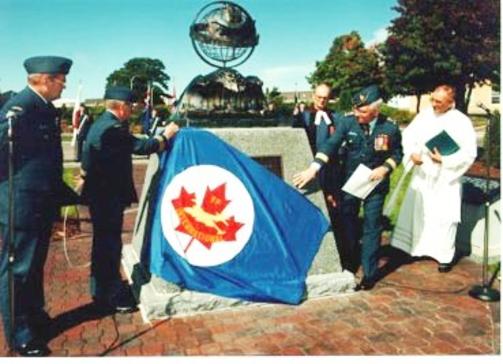 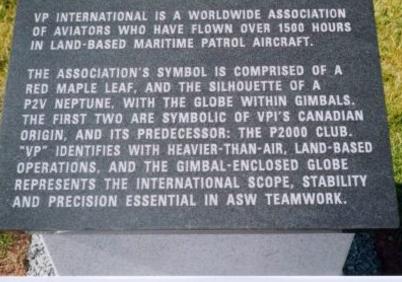 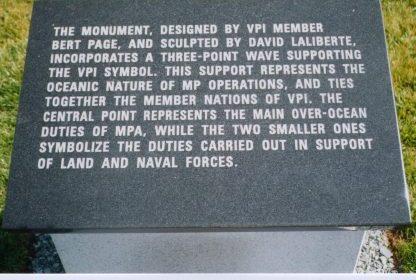 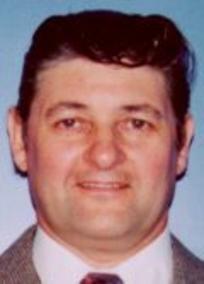 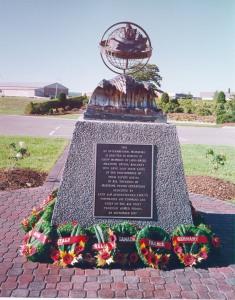 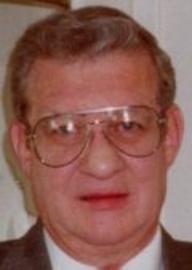 In the Spring 1997 edition of Maritime Patrol Aviation we reported that a steering committee comprised of Herb Smale, Gerry Keil and Bert Page had been established during our Rendezvous 1996 International meeting to oversee the construction of a VP International Monument to be erected at 14 Wing Greenwood. The monument is to honour the crew members of land-based Maritime Patrol aircraft who have lost their lives in the performance of their flying duties while serving in any theatre of maritime flying operations SINCE 1947. From reports received in 1997 from Australia, Canada, France, Germany, Italy, Japan, The Netherlands, New Zealand, Norway, Portugal, Spain, The United Kingdom and the USA, it has been determined that over 147 fatal accidents have occurred, resulting in over 1400 casualties. Currently there are 1,896 casualties listed in the Book of Remembrance.

Bert joined the RCAF in November 1960. He was awarded his Radio Officer Wings and Commission in June 1962. After completing his Maritime Operational Training on the Neptune, Bert converted to the Argus and flew tours with 415 and 404 Squadrons. For part of 1967 and 1968 Bert was assigned to the Iceland Defense Force at NAS Keflavik as the 404 Sqn and Maritime Command OpCon Liaison Officer. In 1970 Bert served as the 404 Sqn representative on the committee established to form a new organization that would incorporate the ideals and membership of P2000. Through the committee's endeavours "VP International" was created. In 1971 Bert was posted to the Acoustic Data Analysis Centre (ADAC) in Halifax where he was appointed the Operations Officer and later the Executive Officer. After cross-training to a navigator in 1974-75 he was posted to 407 Sqn. During his Maritime flying tours Bert achieved "silver pin" status with over 5000 VP hours. Today Bert resides in Winnipeg where he retired from the Canadian Forces in 1993.

David Laliberte is a self-taught sculptor who was born in St. Denis, Saskatchewan in 1949. He moved to Manitoba in 1968 and currently resides in the town of Ile des Chenes. Dave has spent 32 years working with metal, the past 18 of them sculpting as a hobby. With encouragement from his wife, family, and friends, he decided to pursue his career as an artist in 1992. Dave's talent lies in his ability to transform cold, lifeless steel into a work of art, alive with action and emotion. Dave creates his pieces by hand from new materials which are cut, formed, welded and later ground to a finish. He has also developed a method to preserve his pieces and bring out their natural colour and beauty through burning. To Dave, this distinctive process of creating life-like pieces out of raw steel is as much an art as the resulting piece itself. Each piece Dave creates is unique as the only mold he uses is his mind. He has many new ideas just waiting to be created, sculpted and unveiled. Dave welcomes the challenge of customizing pieces to make the thoughts and impressions of others come to life. The Canadian Forces Hands of Support Monument located in the Air Force Heritage Park at 17 Wing Winnipeg is a testimony to his talents.