Thursday’s mystery item is revealed to be a stereoscope, likely used around WWII. A stereoscope is a device for viewing a stereoscopic pair of separate images, depicting left-eye and right-eye views of the same scene, as a single three-dimensional image. By having two different views of the same image, the viewer can see the image more realistically. A bomb aimer can look at a stereo map before departure and see what will be seen from the air, helping to ensure he bombed the right target. More importantly, intelligence officers used stereo photos to determine the targets, as they could better identify what they were looking at. The device was used by the RCAF although was made by the German company Zeiss, providing the device’s instructional guide in English and German. Although missing, the device came with images panels taken before and after missions. Special recce aircraft took stereo pictures from high altitude so that they could determine the success or failure of missions. Stereo pics were widely used during WW2 and even after, although higher resolution cameras have now negated the requirement. 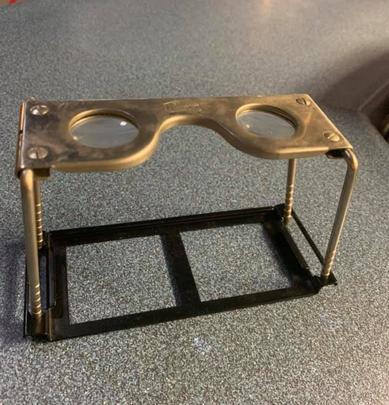 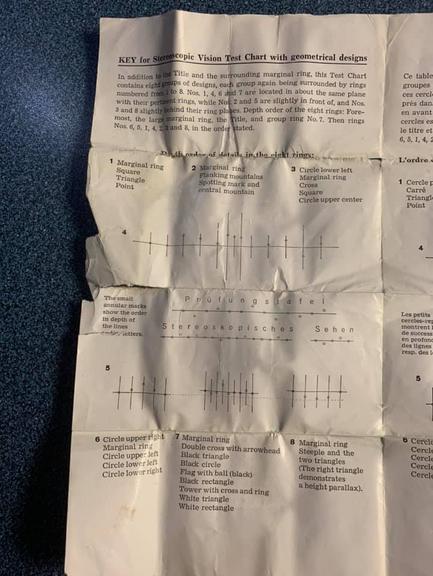 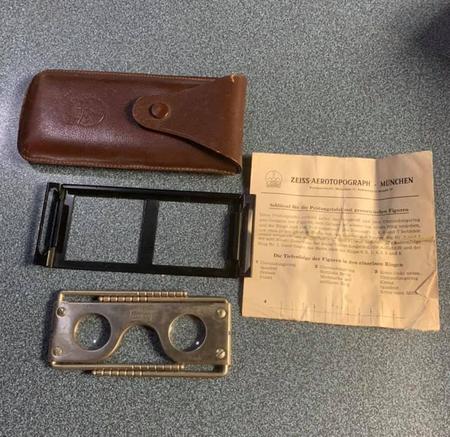