14 Wing is one of only four places to have a Sperwer on display in Canada. We know it will generate a lot of interest with its modern technology and unusual delta wing, rear-engine, pusher configuration. 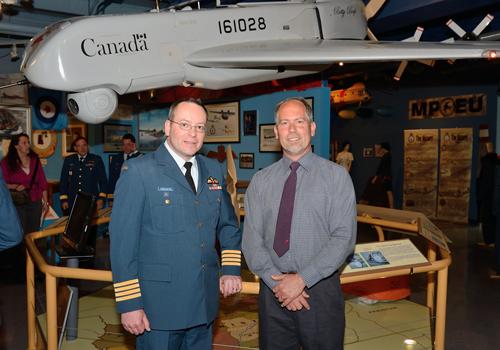 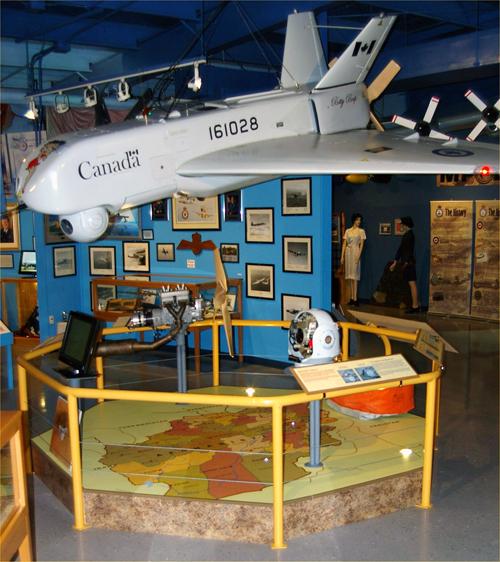 It’s a bird. It’s a plane.  It’s a… UAV?   This restoration project  was the French-made Sagem Sperwer, the first uninhabited aerial vehicle (UAV) used in a theatre of war by the Canadian Forces.  Designated the CU-161, the Sperwer (a Dutch word for “Sparrowhawk”) served between 2003 and 2009 in Afghanistan in an intelligence, surveillance and reconnaissance (ISR) role supporting ground forces, during which they flew more than 1300 missions.  Airborne Combat Systems Officers (formerly air navigators), and avionics and aviation technicians from 14 Wing Greenwood with specialty training flew and maintained the Sperwer in Afghanistan during that time, making this aircraft historically significant to the Wing.

Sperwer 161026 and spare parts from 028 arrived at the museum in early April this year, disassembled and crated in huge fibreglass container.  The aircraft had suffered a hard landing in Afghanistan where many of the primary aircraft structures buckled or were destroyed under the strain of crash forces.  The Sperwer was particularly prone to this type of damage over rough terrain since it lands vertically, deploying a parachute from above, and large airbags under the wings and belly in place of traditional landing gear.