The Memorial (Silver) Cross was instituted on December 1, 1919 by King George the Fifth and was issued as a memento of personal loss and sacrifices on behalf of all widows and mothers who lost a child while on active duty in the service of their nation or whose death was consequently attributed to such duty. The Crosses were sent automatically to mothers and wives who qualified, and could be worn by the recipients anytime, even though they were not themselves veterans. Engraved on the obverse of the medal is the name, rank and service number of the son or husband. Recent changes now allow Canadian Forces members to designate up to three Memorial Cross recipients. This, however, is specific only to the Memorial Cross EIIR.

The Memorial Cross is in the form of a cross pattee, in silver, suspended by a bar brooch, although prior to 1945 it

was suspended from a light purple ribbon 1.5 inches wide. At the end of the upright is a crown and at the foot and

the end of either arm, a maple leaf. In the center, within a wreath of laurel, is the royal cypher of the reigning

monarch: GRI for King (Rex) George the Fifth, GVIR for King George the Sixth, and EIIR for Elizabeth the Second

Queen (Regina). The reverse of the Cross is engraved with the name and service number of the individual

The medal donated to the Museum was presented to Helen Foote, of Woodville, Nova Scotia on the death in World War II

before joining the RCAF in June 1940 in Halifax. Trained as an Air Observer in Regina, Moncton, Malton, and Jarvis,

Raymond married Helen Gladys Banks of Kentville 28 April 1941 before proceeding overseas in May 1941. He joined

including the first 1000 bomber raid on Essen and Cologne, Germany. After completing 28 missions, Raymond was killed

in action while navigating his Boston aircraft over France 7 November 1942. He is buried in Poix-de-Picardie Church yard

Helen Foote later married another aviator, Roy Loomer, and their daughter, Carol Loomer (Hopkins), joined her father in the presentation to the Museum of the Memorial Cross. 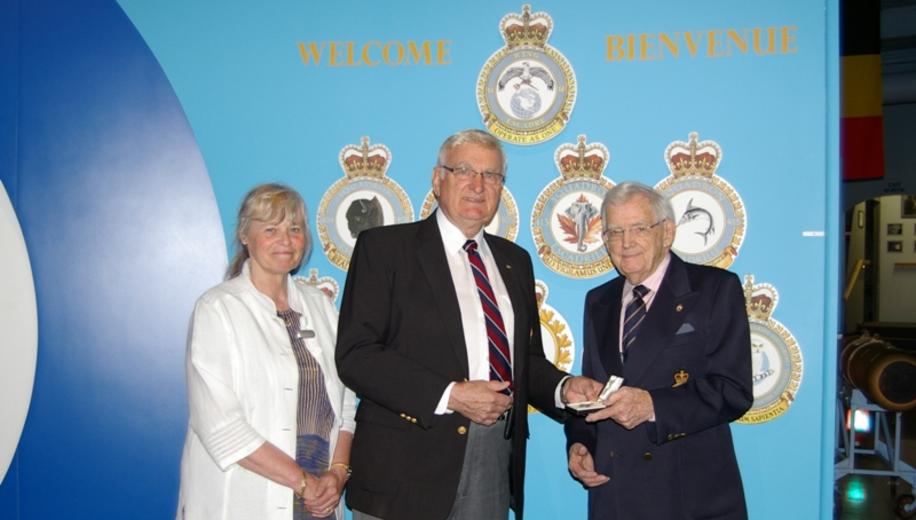 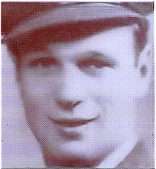