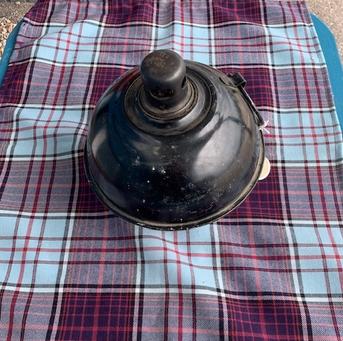 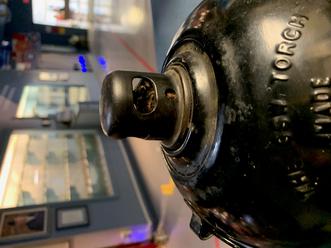 This item in our archives is a runway torch, used to light the edges of a runway during takeoff or landing to provide visibility for the pilot. Also known as Toledo Torches, smudge pots, road flares and various other names, runway torches were first used in the 1930s and continued to be used well into the 1950s and 1960s. Using a wick within the kerosene filled pot; the torch could stay lit for 12 to 14 hours at a time. This particular item was made by General Steel Wares Canada and likely would have been used in the 1950s. Runway Torches were eventually replaced by electric runway lights, however played an incredibly important role in the safety of pilots and runway crew, allowing for night flying and visibility during fog and unclear weather