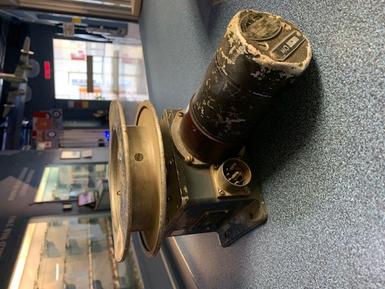 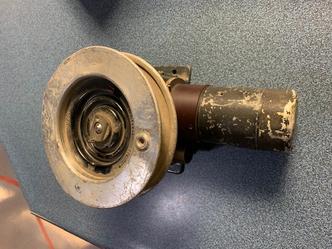 This item is an RL-42-B Aircraft Radio Antenna Reel. This reel is WWII era and was likely used in the early 1940s. The creation of an electric reel system for the aircraft's trailing antenna allowed for the quick and efficient use of radio communication. The reel released trailing wire from the antenna for long distance communications, increasing HF range and allowing aircraft to fly safer and have consistent communication with other aircraft and ground crew. Reel unit for the RL-42 trailing antenna was used on the B-17, B-24 and other WWII bombers. The gearbox was made by magnavox, the motor, MO-14-D, was made by General Electric.