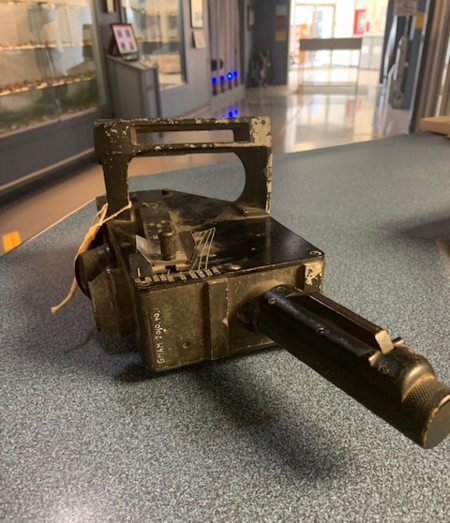 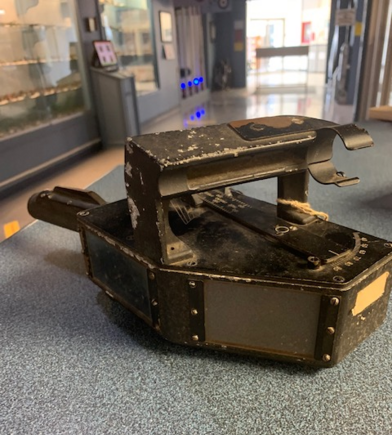 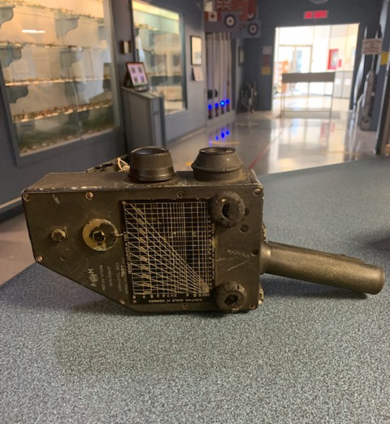 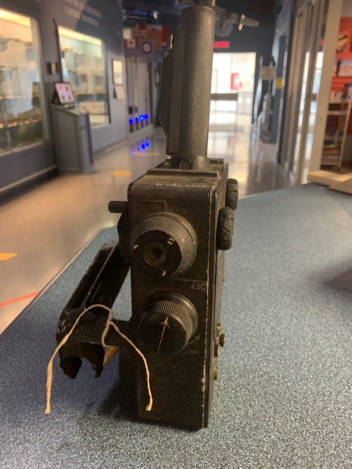 This item is a Mark I Low Level Bomb Sight. The object was likely used in WWII and was made in 1941. Used by the RAF, the low level bomb sight was used in low flying aircraft to aim a bomb being dropped from a low flying height. The device was a handheld sight used by aircrew typically working on Coastal and Bomber commands. The sight was designed and came into service in 1939 with the goal of increasing bombing accuracy but fell out of favor quite quickly for newer models which occupied computerized tracking systems, While the mark I was not used for long and used quickly obsolete technology, the device launched many advancements in war technology and bomb aiming on aircraft.