This item is a Link Bubble Sextant, model A-12. This item dates back to the sextant’s invention in the late 1930s and was used during WWII; the item from our archives was most likely made and used sometime in the late 1930s to early 1940s. The sextant was designed to find longitude by measuring the angular distance between the moon and a nearby star. It was also used on land and to find latitude at sea. A sextant was an important tool used by navigators on an aircraft before GPS or directional technology existed. Used by looking through the sight as the object is held up to the sky, a navigator would use the white dial to focus and align the angle of the star with the corresponding degrees needed to provide the star’s altitude, eventually creating a guide to the aircraft’s flight. The bubble sextant was a huge advancement at it’s time as it provides an artificial horizon, allowing for the user to make faster, easier and more accurate alignments. It takes the name from an air bubble in a liquid-filled chamber that functions like a carpenter’s level, indicating when the sextant is aligned horizontally. This item was made by Link Aviation Devices Inc. and used by the RCAF for many years on various aircraft. 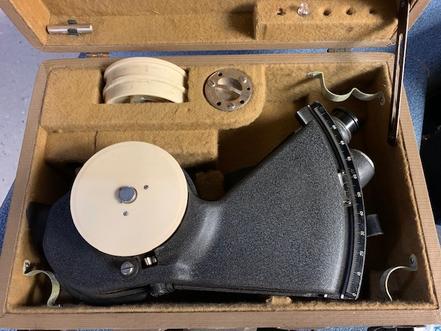 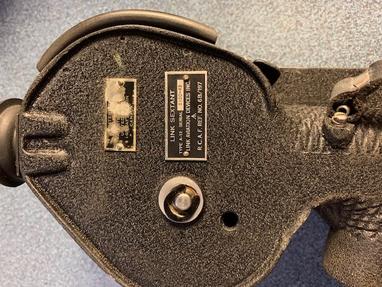 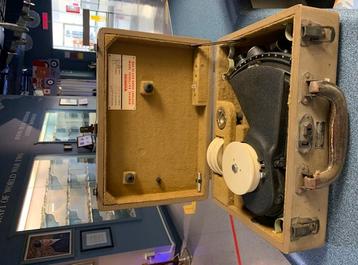 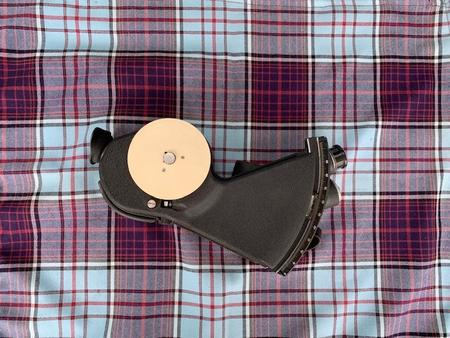