This object is a ditching light used roughly in the 1960s-80s. The term ditching refers to an aircraft emergency landing in the water and in this case requires battery powered lighting, which led to ditching lights being created. This particular ditching light would likely be used on an Argus and used by grabbing them by the handle from the wall during an emergency. A large aircraft would have around 2-3 of these lights at every station, which could lead to upwards of a dozen on an aircraft at a time. Ditching Lights became a small yet incredibly important instrument on an aircraft, allowing for crew members to safely move around the cabin, perform emergency tasks and be seen by ships or other planes for rescue 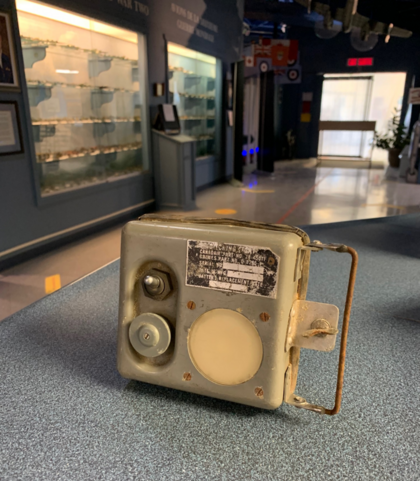