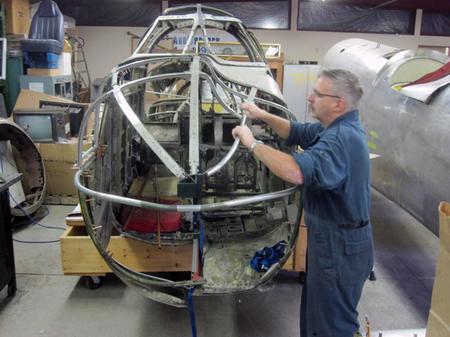 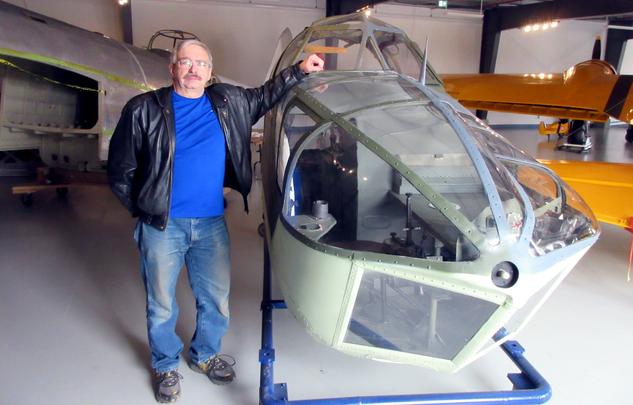 Dan Daigle has been a member of the Greenwood Military Aviation Museum Society for six years. He seems to be one of those rare individuals who can do almost anything well.

Daigle is project leader for the current Bolingbroke aircraft restoration, and an avid aviator. Besides his involvement with the Bolingbroke, Daigle built the large Beauﬁghter model that hangs from the ceiling at the entrance to the museum, designed and built the 404 Squadron diorama back-drop, the large stands to handle aircraft components during restoration, the thermal oven for forming aircraft windows and turrets and multiple missing parts for aircraft restorations; he  is involved in countless other museum activities.

A Maritimer, Daigle hails from New Brunswick and is the son of a military father. Although he wanted to be a pilot, his eyesight failed to meet requirements, so he went on to spend almost 35 years in Canada’s air force as an aircraft technician. His career began as a Reservist with 402 Squadron in Winnipeg, working on Otter and Dakota aircraft. When not at 402, he was employed by Bristol Aerospace, repairing CF101 Voodoo aircraft and, later, with Boeing Aircraft of Canada making composite material parts for their aircraft. By 1982, Daigle’s extensive general aviation and Air Reserve experience convinced him to combine both in a career in the military that saw him serve at bases across Canada, mostly as an instructor.

His deep love of flying started very early, beginning with design and construction of radio controlled aircraft and, eventually, becoming a private pilot. He joined the Experimental Aircraft Association and built, ﬂew and maintained his own home-built aircraft. Daigle maintained certiﬁed aircraft throughout his life and, on one occasion, did part-time work with a company, as their sole aircraft maintenance engineer, that assembled, sold and maintained Czech-designed and built small aircraft, including ultralight aircraft engines; giving him even wider experience and an opportunity to ﬂy. This experience later enabled him to undertake the restoration of an amphibious 1947 Republic Seabee, owned by friends, which won the aircraft type best-in-show over 17 other aircraft at the annual Experimental Aircraft convention in Oshkosh, Wisconsin. Daigle was medically released in 2008 and, with his wife, Shirley, chose to live in Nova Scotia. He now shares his love of aviation and his wide experience with the many society members and restoration volunteers of the Greenwood Military Aviation Museum. 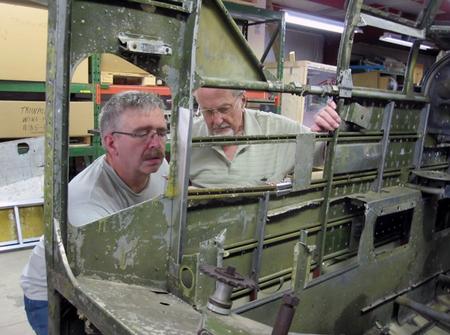