Museum restoration team for display in the Air Park” 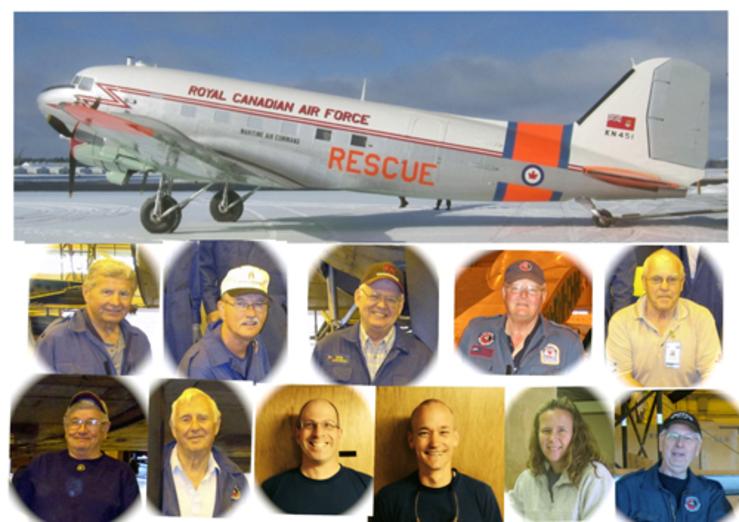 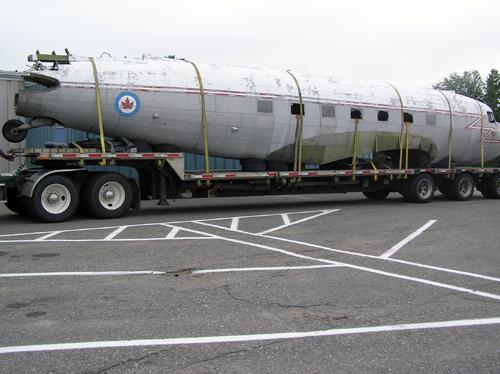 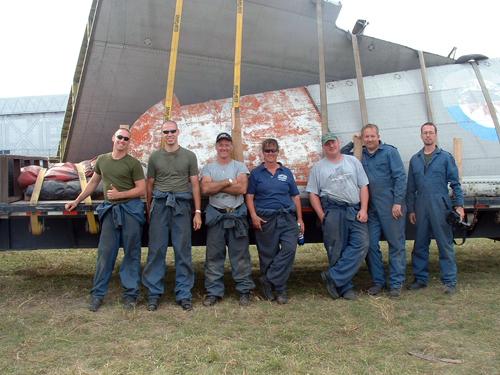 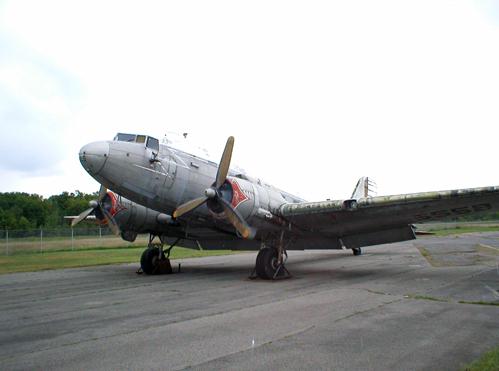 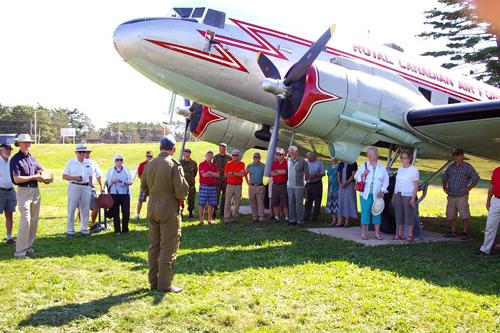 The Greenwood Military Aviation Museum Air Park now displays its version of the venerable Douglas C-47 Dakota (military version of the famous DC-3), arguably one of the most reliable aircraft ever built; indeed, some are still flying after more than 70 years. Following the Aviation Museum’s mandate of displaying aircraft, or aircraft types, flown from Station Greenwood, or by Greenwood's squadrons overseas, during its history dating back to 1941, this Dakota represents one flown by 103 Rescue Unit at RCAF Station Greenwood from 1947 through the 1960's. The colour scheme shows the Day-Glo fluorescent orange wing tips and horizontal stabilizer, as well as a wide rear fuselage band, thought at the time to be highly visible as an aid to lost souls needing help; this notion was found to be of little benefit as the fluorescence quickly faded, turning yellowish, and the practice was discontinued for regular red paint. The color scheme also displays the familiar RCAF double lightning bolt, separating the white top and grey bottom of the fuselage. To inspire courage in survivors and to let them know that help was on the way, the word RESCUE was prominently displayed along each side of the fuselage - a practice still in use today. This display aircraft's interior will be open to the public on special occasions, when visitors may view a magnificently restored flight deck, a navigator's station and a period-equipped radio operator's station.

KN451 was obtained from the Canadian Aviation Museum in Ottawa in 2003. "Negotiations to acquire Dakota 655B from the C.A.M. for the Greenwood Military Aviation Museum began late in 2003 and, in Jan 2004, the transfer was agreed to and preparations for the move began. By mid- September 2006, most of the aircraft had arrived at Greenwood, and a restoration crew was assembled and a survey of what would be needed for the restoration began. During the disassembly of the Dakota in Ottawa, the wing box was damaged beyond repair and the search for a replacement took 3 years; Joe McBryan of Buffalo Airways in Hay River, N.W.T. donated a used wing box to the project.The restoration team was led first by Eric Welin and later by Russ Keddy. The team included Bill Flinn, Chuck Calder, Bob McElman, Doc McKeil, Brian Troniak, Dave Richards, and Sophie Demers-Saulnier. The fantastic paint job was accomplished by a volunteer team from 14 AMS led by Cpl Claude Aucoin and Cpl Alex Gagne.