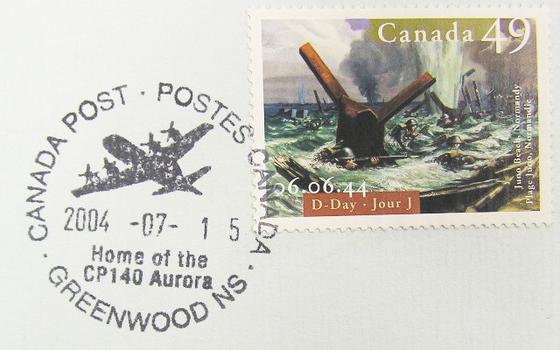 At a ceremony held at the Greenwood Military Aviation Museum, in 2004, a new Cancellation Mark featuring the CP 140 Aurora aircraft was introduced by Canada Post representative, Laurie Doyle, of the Greenwood Post Office. The idea for the new Cancellation Mark was the result of the efforts of the Museum Curator, Bryan Nelson and Laurie Doyle and was based on a design by MP&EU Graphic Artist, Bruce Gormley.

Twenty, first-day envelopes were stamped at the museum and sent to Wing units, and formation Commanders with a letter signed by the Wing Commander, Colonel GMA Morey as follows:

"In this 80th Anniversary of the formation of the Royal Canadian Air Force and the 25th Anniversary of the Roll-Out of the CP 140 Aurora, Canada Post has issued a new Cancellation Mark.  It highlights that Greenwood is the Home of the Aurora.  It marks the close relationship with the local community and 14 Wing Greenwood and illustrates the unique role of 14 Wing in the Canadian Forces as the centre of excellence for Airborne Intelligence, Surveillance, Reconnaissance and Control missions and the role of the CP 140 Aurora Weapons System in particular." 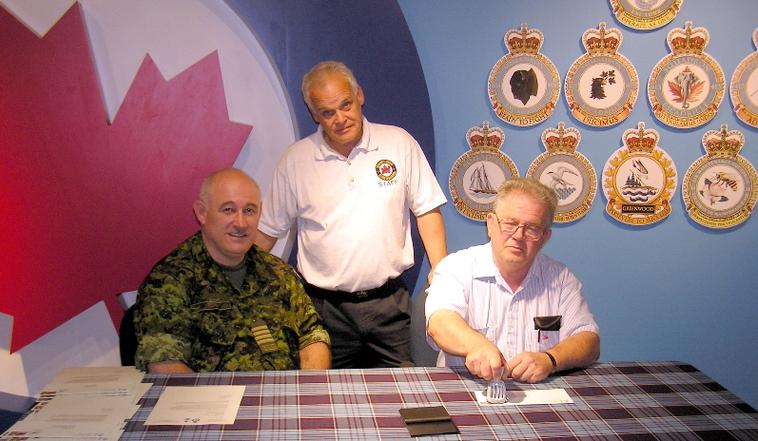 is the new Cancellation Mark.