The station  was experiencing a crowding problem, thus the 2 (M) OTU was moved to RCAF Station Summerside in Prince Edward Island effective 14 November 1953. The Lockheed P2V Neptune replaced Greenwood's Lancasters beginning March 30, 1955 as the operational maritime reconnaissance aircraft. On 17 January 1955 the No. 103 Rescue Unit received a Piasecki HRP-1, known as a "flying banana".

In addition to the BCATP program, RAF Station Greenwood was involved in combat operations through maritime reconnaissance to counter U-boat activity in the western Atlantic. These war-time anti-submarine patrols, combined with BCATP training, led to dozens of aircraft crashes throughout the first year of the base being operational, resulting in the deaths of Canadians, as well as 31 airmen from the United Kingdom, Australia and New Zealand.

By the end of 1942, the BCATP program was changing across Canada in light of Allied successes in Europe. RAF Station Greenwood was selected to train aircrew on the De Havilland Mosquito, beginning 3 July 1943. The last Hudson left the base on 3 October of that year. Supporting the Mosquito BCATP training were the Airspeed Oxford and Bristol Bolingbroke. The base also became home to North American Harvards and Lockheed Venturas.

Further defence cuts and reorganization in 1995 moved the 434 Squadron from CFB Shearwater to Greenwood, bringing its CANADAIR  CE/CT-33 Silver Star and CANADAIR CC/CP/CE-144 Challenger combat support aircraft to the base. This squadron was disbanded on28 April 2002. 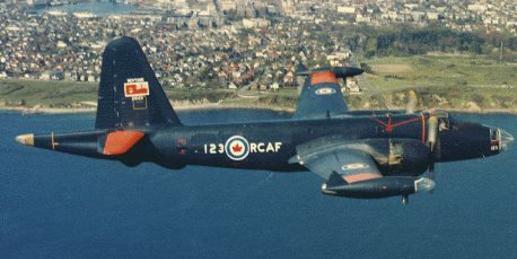 The airfield for RAF Station Greenwood was constructed between 1940 and 1942 with the first training units arriving as part of No. 8 Operational Training Unit (OTU) on March 9, 1942. Early training aircraft types included the Lockheed Hudson MK III, the Avro Anson and the Weatland Lysander, all from Britain's Royal Air Force. By the end of August, 1942 there were 36 aircraft, and 194 trainees out of a total 1,474 RAF personnel. By November, 1942 the number of trainees had doubled and aircraft had expanded to 80.

HISTORY OF THE GREENWOOD AIR FORCE BASE

The RCAF disbanded No. 8 OTU on 31 July 1945 and created No. 6614 Wing at RCAF Station Greenwood the following day on1  August 1945 with plans for the bomber wing to start training 24 August 1945 and deploy its first Lancaster crews to the Pacific Theatre by December 1945. The atomic bombings of Hiroshima and Nagasaki and subsequent capitulation of Japan on 14 August 1945 resulted in No. 6614 Wing disbanding as part of Tiger Force on 5 September 1945.

On that date the RCAF's AFHQ Organization Order 854 was executed, activating RCAF Station Greenwood on 1 April of that year. RCAF 10 Group, Halifax announced in mid-October 1947 that No. 103 Rescue Unit would move from RCAF Station Dartmouth (now CFB Shearwater) to Greenwood by the end of the month. No. 103 RU had been conceived in January 1947 at RCAF Station Dartmouth to aid aircraft in distress on Trans-Atlantic service.

On 1 February 1968 the RCN, RCAF and Canadian Army were unified into the Canadian Forces, and RCAF Station Greenwood's name was changed to Canadian Forces Base (CFB) Greenwood. That year, many decisions were made that reduced duplication among the services, with various units being reorganized, moved, or disbanded. To alleviate further overcrowding at CFB Greenwood, 103 RU was moved to CFB Summerside.

By the mid-1970s, 6 of Greenwood's 18 Argus aircraft were mothballed and 242 personnel cut from all ranks. By the late 1970s, the Argus was identified as a candidate for replacement and the CP-140 Aurora was selected.

On 1 July 1944, RAF Station Greenwood transitioned to the RCAF, becoming RCAF Station Greenwood with No. 8 OTU (RAF) disbanding and No. 8 OTU (RCAF) forming in its place. Under the RCAF, BCATP training continued unabated throughout the course of the Second World War, with a total of 57 airmen killed in 25 crashes between June 1942 and April 1945. The BCATP program was disbanded on 31March 1945.

A proposed British Commonwealth very long range (VLR) bomber group named "Tiger Force" was scaled down through the spring of 1945. Following VE Day on8  May 1945, the RCAF units that were to be part of Tiger Force were converted to the Avro Lancaster and returned to Canada for training and reorganization as part of a planned Allied invasion of Japan (Operation Downfall). 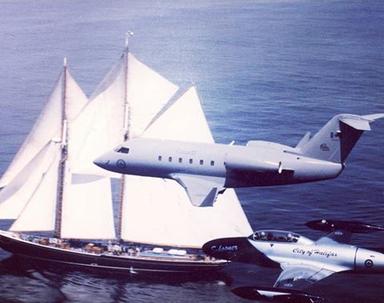 By 29 October 1947, 100-150 airmen and officers, 2 PBY Canso, 1 Noorduyn Norseman, and 1 Sikorsky S-51 helicopter were stationed at Greenwood. In September 1948, the No. 103 RU at RCAF Station Greenwood deployed a Lancaster and Canso to Goose Air Base to work with Royal Canadian Navy (RCN) units on a northern exercise, followed in October 1948 with participation in joint naval manoeuvres with the RCN and United States Navy (USN).

The Cold War was in its infancy during the late 1940s when Canada signed the North Atlantic Treaty with the western war-time Allies, becoming part of NATO. RCAF Station Greenwood was selected as Canada's site for a maritime reconnaissance training unit for anti-submarine warfare, the No. 2 Maritime (M) Operational Training Unit, and the nation's first operational squadron, 405 Squadron.

The relatively fog-free climate of the farming hamlet of Greenwood was selected by the Royal Canadian Air Force (RCAF) and Royal Air Force RAF) for an airfield as part of the British Commonwealth Air Training Plan (BCATP), following the signing of that formal agreement on December 17 December 1939.

The first Auroras replaced the Argus at Greenwood and Comox with 14 and 4 respectively. Greenwood received its first Aurora on 27 May 1980 and the last one arrived on 10 July 1981.

The 1989 federal budget cuts to the Department of National Defence identified CFB Summerside as a candidate for base closure. In 1991 the base was closed and the majority of military personnel were transferred to CFB Greenwood, with Summerside's only operational unit, 413 Squadron (successor to No. 103 RU) moving its CH-113 Labrador and CC-115 Buffalo aircraft on10  June 1991; the Buffalo were replaced by the CC-130 Hercules shortly after 413 transferred.

Today CFB Greenwood remains Canada's largest operational air force base on the Atlantic coast, based on numbers of aircraft and personnel. The following aircraft types are permanently stationed at the base:

With CFB Gander and CFB Goose Bay, CFB Greenwood is being used as a forward deployment base for CF-188 Hornet fighter/interceptor aircraft rotating in from CFB Bagotville as part of NORAD's post-9/11 response to concerns about civilian airline security along North America's east coast. 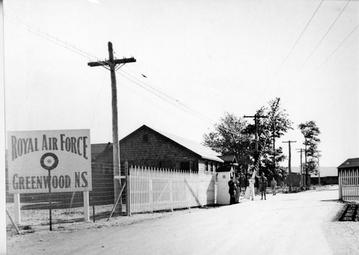