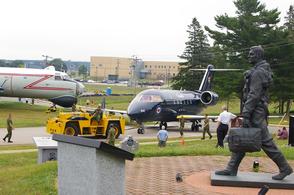 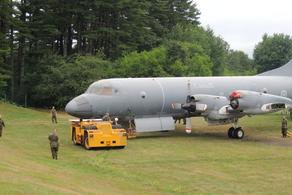 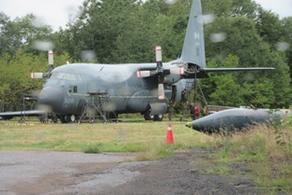 The Greenwood Military Aviation Museum acquired three retired military aircraft over the past several years for display in the outdoor Air Park, but the question was how to transport these large aircraft from the operations side of 14 Wing Greenwood to the museum’s Air Park, making public viewing accessible. The move was inhibited by a multitude of obstacles, including navigating the main front gate area and guardhouse.

With the planned construction of a main gate security upgrade project in July, this summer was a perfect time for all facets to finally come together. The old guardhouse was demolished, leaving a window of clear sailing for the aircraft to be towed over.

However, because of the sheer size of these aircraft, many more obstacles had to be considered, including lamp and sign posts, fences, overhead crosswalk signs, bridge railings, power and communication lines — a logistical nightmare.

The tail of the Hercules reaches more than 38 feet and has a wingspan of 132 feet; the Arcturus’ (a CP-140A variant without the sophisticated electronics in use today by the Aurora) tail reaches 34 feet in height and has a wingspan of 100 feet; and the Challenger rises to 21 feet at the tail and is 64 feet from wingtip to wingtip — a mere pup alongside its two larger siblings.

Wing Commander Col. Pat Thauberger challenged 14 Wing personnel with the Herculean logistical task, to be a testimony to the Wing’s motto: “Operate as One.” The gauntlet was picked up. AMSE Section was tasked to decommission CC-144 Challenger 616. Its relative small size meant any dismantling was not necessary. This is one of the two Challengers retired by the Royal Canadian Air Force (the other is located in Trenton, Ont.).

413 (Transport and Rescue) Squadron was tasked to dismantle the two outboard engines of C-130E Hercules 328, which meant bringing in two specific engine stands.

The team also extracted the external fuel tanks. Cascade Aerospace of Abbotsford, B.C., the company who does the major work on the RCAF Hercules fleet, were contracted to detach the two outer wings to be transported separately.

This would enable the fuselage with the two inner engines intact to be towed without further disassembly and to navigate to the museum’s Air Park.

CP-140A Arcturus 119 had special concerns. Meeting the time constraint when the main gate was torn down for replacement meant the Arcturus might never have come to the Air Park. To take the wings off meant the four engines would have to be dismantled, the entire wing structure would have to be detached from the fuselage and the fuselage transported on a flatbed trailer. A ‘eureka’ moment came when someone suggested the wings be cut outside the two outer engines, something never attempted before.

This concept went out to all quarters and, after a three-week feasibility study by engineers at IMP Aerospace and acceptance by the RCAF, a plan was put in place where an IMP team were tasked to accomplish the feat.

IMP have extended the flying life of the fleet of Aurora aircraft by replacing the entire wing structures designed for a series of special stands to support each wing during the severing and reinstalling of the wings.

As this Arcturus was never to fly again, reinstallation of the wings with heavy duty doubler plates at the cutoff points, where weight was not an issue, would ensure a secure structure with regard to winter snow load in the outdoor Air Park.

A large generator was rented to supply power to affected buildings for the days affected by the move. Within days after the final aircraft moved into the Air Park, the power, street lights, crosswalk signs and more were all back in place.

This move will swell the number of aircraft on display in the outdoor Air Park to nine aircraft types that have flown by squadrons at Greenwood. The museum also boasts two more aircraft housed within the museum and three more aircraft in the restoration phase, surely gaining worldclass status right here in the Valley.

Sept. 10 would be a great time to see the three new additions to the Air Park at the second annual GMAM Vintage Wings and Wheels event, with vintage and antique autos parked around all the aircraft on display. 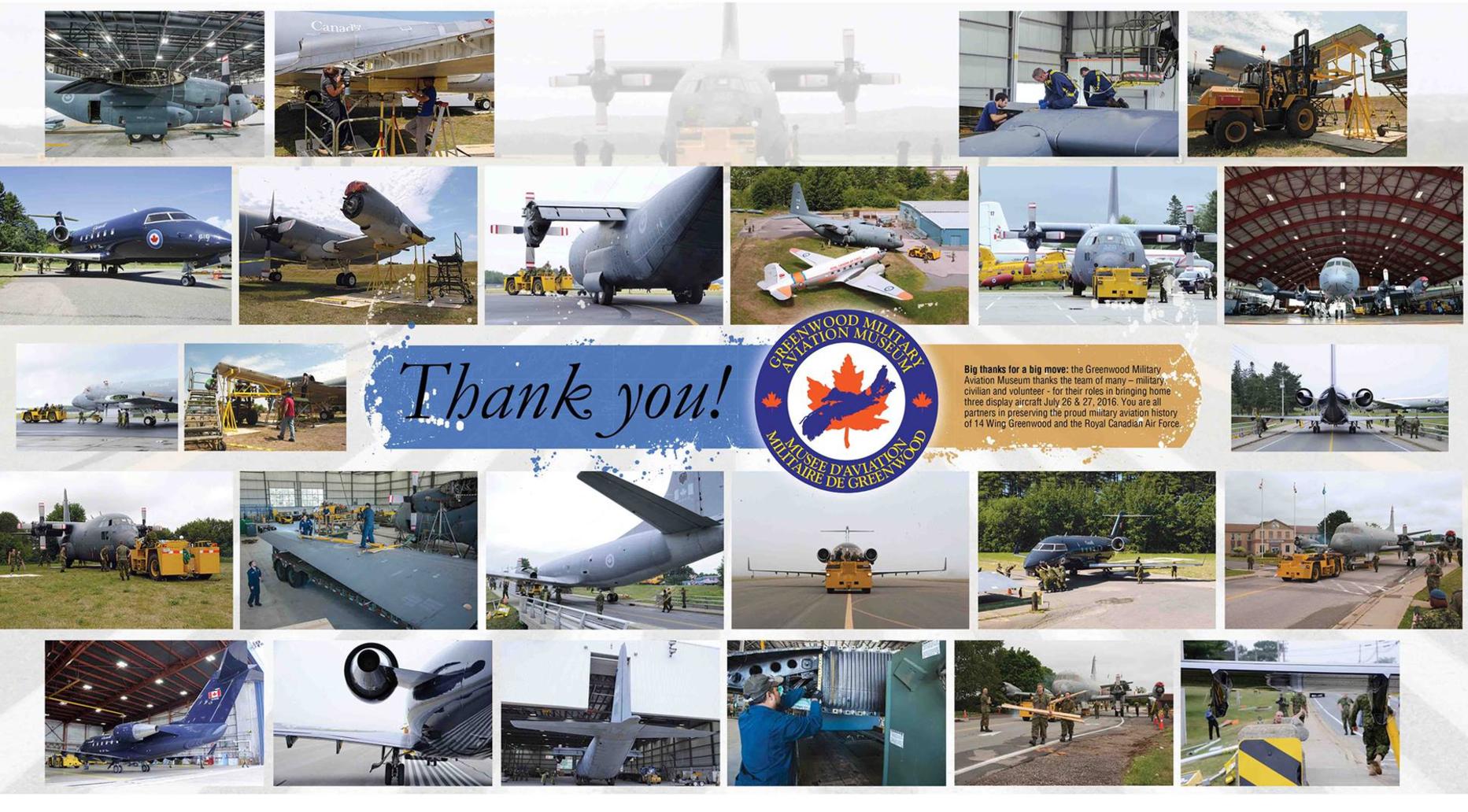 THREE AIRCRAFT ADDED TO THE MUSEUM