The Anson restoration team won national recognition, being awarded the “EXCELLENCE IN RESTORATION AWARD” by the Canadian Aeronautical Preservation Association (CAPA).  This award recognizes the restoration of an aircraft with special significance to the history of aviation in Canada. Anson 7135 is of special significance to the GMAM, as it is one of 340 such aircraft manufactured locally in Amherst, Nova Scotia by the Canadian Car and Foundry Company as part of Canada’s contribution to the British Commonwealth Air Training Plan (BCATP). 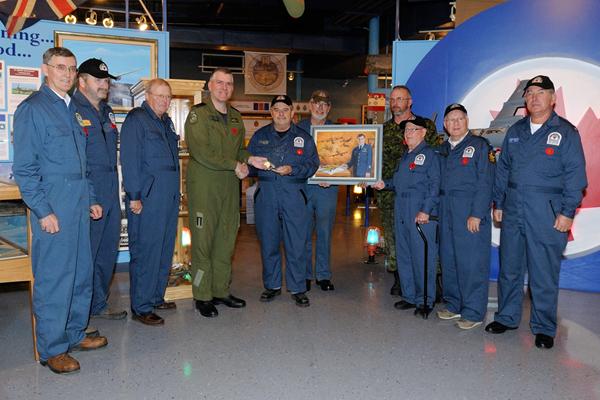 The motorized, 50,000 lb capacity, hydraulically operated scissor lift was the perfect solution for the need to lift the Anson over several obstacles along its journey from 10 Hangar. Along the route, the 42.3 foot length of the fuselage allowed just enough clearance for the Anson to pass between light poles lining the road, and its minimum height of 13.1 feet gave the needed room under overhead wires.

Anson 7135 is now snugly displayed next to the Air Park aircraft but in the new extension.

Moving the Anson from 10 Hangar, on the operational side of the Base, was a logistical and acrobatic feat. Since the restoration of “Annie 7135” did not incorporate detachable wings, the aircraft was transported intact. Its 56.6 foot wing span made it too wide to be transported nose first down street lamp-lined roads, so it was loaded sideways on the massive K50 pallet lifter using an outrigger to support the tail wheel. 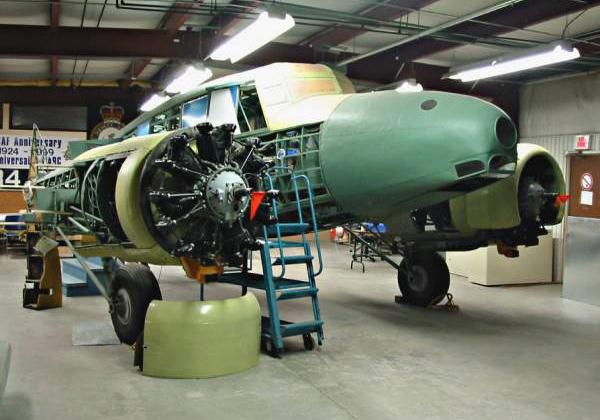 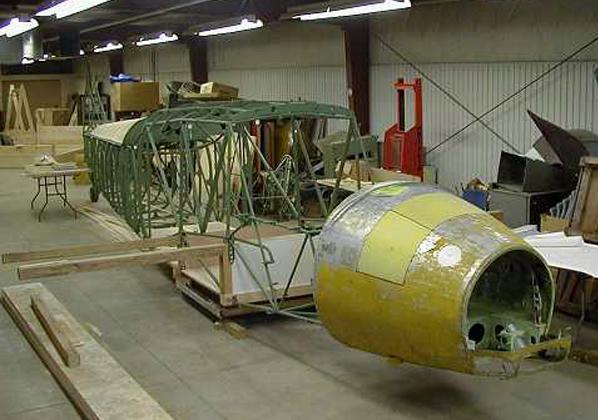 The restoration project was led by the late Chief Warrant Officer (retired) Colin Ainsworth. The team spent five and a half years on the project, amassing a total of 16,528 volunteer man-hours. The Anson aircraft was primarily used to train Pilots, Air Bombers, Air Gunners, and Navigators and it was also used as a target tug in support of Mosquito and Hurricane aircrew gunnery training. The “Annie” was featured prominently in Greenwood skies during WWII. 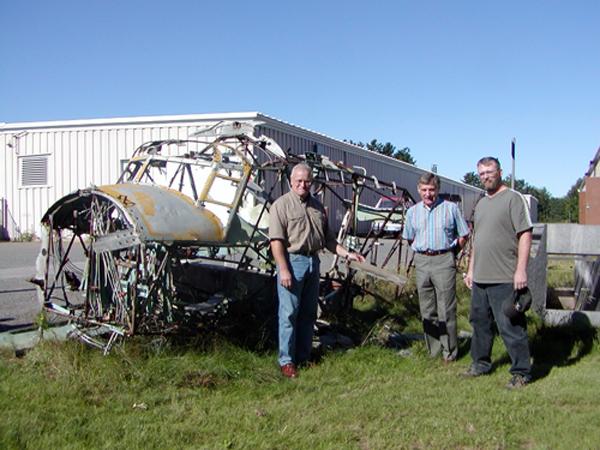 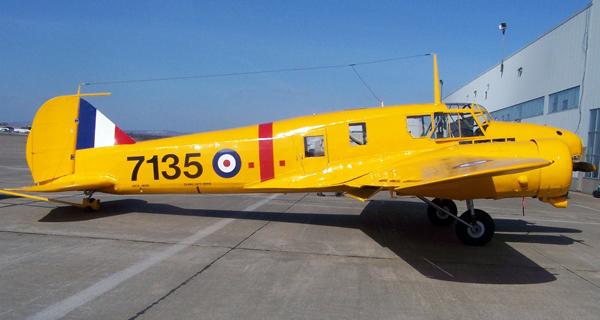 The Greenwood Military Aviation Museum (GMAM) has a new addition to its Air Park, an Avro Anson MkII. The Anson project was finished in 2009 and, being primarily of wooden construction, could not be displayed at the outdoor Air Park. A new Museum extension was completed for the Anson and, later, a Bristol Bolingbroke MkIVT, currently under restoration.